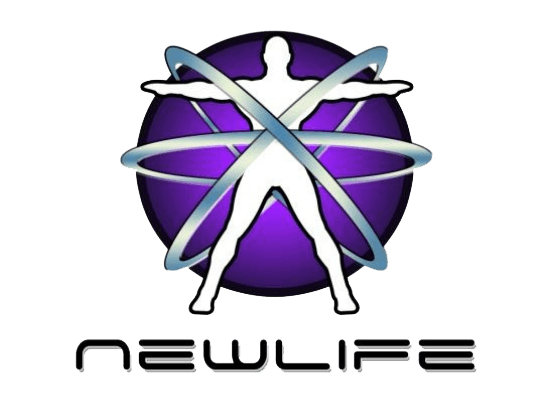 About Our Founder of New Life Holistic

The Founder of NewLife Holistic, Anthony Malchiodi, never imagined that his life would lead him to developing one of the most technologically advanced health systems of our time. Growing up he was always fascinated with art especially in composition, layout and design. He was able to see the full picture in his mind before he ever took pencil to paper. He also had a passion for music, playing trumpet, saxophone, cello, guitar, drums and bass. He was able to play by ear after hearing something and repeating the tones and the patterns he heard. At a young age he started composing and just as in his art, he could hear the finished songs in their entirety in his head then would try to play exactly what he was hearing.

After high school he was accepted to the United States Army Engineer Academy where he was the Honor Graduate of his class. Again, he was able to grasp the complexities of electrical engineering because his ability to see things in patterns. Everything was very analytical and made perfect sense in the order it was in.

His passion for music landed him a job in a band that was produced by members of Cheap Trick, toured and opened for Rock and Roll Hall of Famer, Joan Jett along with performing alongside many other top musicians. His second band opened for Rick Springfield, toured, appeared on various Cd’s and won a spot on TV’s Star Search. They even were picked to perform on the Main stage at Walt Disney World.

After many hours recording music in various recording studios, he began to see a clear formula for multi-track layering. He saw how to apply production techniques to layer each instrument so the listener’s ear was able to hear each specific part clearly without one over powering the other. This multi track layering would play a huge role in his development of the patented BioSonix layering technique used today.

Exposure to various music tunings and sonics methods during his musician days led him look into other sound based therapies as well as, Hypnosis, Hemisync technology and methods that focused on frequencies of specific brainwaves. He began experimenting with various products and sound therapies using himself as the guinea pig.

Another career he found himself in was Glass Art. He had been an artist all of his life so when he was introduced to glass as a medium he was excited to incorporate the various techniques and design aspects he had studied. It did not take long before he was promoted to Art Director of the studio. His Glass Art was featured in various Chicago gallery shows and was the Senior Project Manager for hotels and international projects. He also produced custom glass art for many high profile clients like, Michael Jordan, R.Kelly, and KISS frontman Paul Stanley. His extensive art background was the foundation and catalyst for his BioResonance and BioMatrix line of art. Incorporating the style , composition and flow of his designs with the science of healthy resonating frequencies to create incredible art that sonically enhances your environment and raises the vibration of any space it is placed in.

His childhood passion was martial arts which he continued into his adult life. After a serious sparring injury he was referred to a 7th Generation Traditional Chinese Medicine Doctor who was able to heal him after all medical efforts fell short. He went on to study under this Doctor at The College of DuPage, and under other various Chinese Doctors who specialized in Chinese healing modalities and energy techniques like QiQong. He was even able to study QiQong with Master Luke Chan, the head master at China’s famed Hospital of Miracles, known for healing the incurables using only QiQong and a specific diet. Another teacher of his was Dr. Kam Yuen, a Grandmaster of Kung Fu and Chinese Energetic Healing. Once again, he was able to study directly with Dr Yuen and receive treatments from him for various issues.

One of the age old techniques, Gong Therapy or Gong Baths, was using different sound frequencies produced by different sized Gongs, to help the body to heal. 2000 years ago people just knew that when certain sounds were played they had a healing effect. After one particular “Gong Therapy” session, he asked the practitioner what exact frequencies were being played by each Gong and what frequency specifically was played 30 minutes into the session. He was surprised when the Gong person had no idea or answer for either of his questions. This is when the idea for BioSonix was born. He knew that with today’s technology we could know and chart every exact frequency played by the gongs that had a positive effect. This same technology would also make it possible to reproduce any of the healing frequencies with precision digital accuracy each time.

At The Wellness Institute he was introduced to Applied Kinesiology and saw that through this method people could perform a series of simple neurological tests to pinpoint where imbalances were. After these imbalances, weaknesses or neurological changes were found, they would show themselves to be rebalanced just by introducing frequencies of specific vitamins, minerals, herbs but even more fascinating was the neurological changes that occurred when the frequency alone was used and the physical vitamin, herb or mineral was not even present.

Example: if there was a neurological imbalance or weakness response in the immune system, the system would strengthen with the introduction of vitamin C or Echinacea. Next, if you simply transmitted the exact sonic frequency of vitamin C or the Echinacea, the body had the same neurological response as if the physical substance was present. This simple test was demonstrating how ultimately, the frequencies were having the major impact on the body systems and the physical substances were simply frequency carriers.

He began focusing more on the works of Dr. Royal Raymond Rife, Nikola Tesla, Dr. Royal Lee, Dr. Weston, Dr. Price and many other brilliant men. In 1996, while dealing with a serious health condition, he attended a seminar with Dr. Dick Versendaal who was able to use his technique: CRA (Contact Reflex Analysis) to correctly diagnose a life threatening illness and heal him. This was a miracle since his health issue was not able to be diagnosed after 13 months of standard medical testing. Anthony immediately became a student of Dr. Versendaal’s teachings and followed him to various states to attend his seminars in person. He became friends with the doctor who personally mentored him for many years.

The more he learned about Applied Kinesiology the more he began researching various techniques. He attended the ICAK: International College of Applied Kinesiology to learn the solid foundations of the technique. The more he learned the more he realized there were so many effective methods out there that most people had never even heard of. Nutritional Response Testing, Muscle Response Testing, Quantum Reflex Analysis, Ortho-Bionomy, to name just a few. Instead of just reading the books, he always sought out the founders of each technique to learn, when possible, from the Masters themselves. This made his education so far beyond the norm and laid the important groundwork he would use later when developing his own hybrid system(QRT: Quantum Response Technique) the culmination of everything he devoted 20 years of his life to learning.

He started NewLife Holistic in 1997 with the idea of offering the best of the holistic/natural therapies and technologies all in one place and all combined for the most powerful approach to any given health issue. His personal studies and research into Functional Neurology and its various therapies have driven him to create his own various neurological based methods. His studies in Biofeedback, BioResonce, BioEnergetics and Radionics, Frequency and Sympathetic Resonance have led to his advances and technology developments in the BioMatrix Division of our company.

He has also applied his groundbreaking research to an entire product line to help people stay safe from the constant barrage of negative and health threatening frequencies they are being bathed in everyday. His latest advances include a Quantum Bio-Frequency based Skin Care line that he has developed alongside a team of chemists and dermatologists. By adding digital Quantum frequencies to each product, via a patented proprietary system, he was able to have each product vibrate at a regenerating frequency, something that the skincare industry has never seen or heard of before, not to mention all of the other projects that are currently under closely guarded research and development.

When you look at his humble beginnings and the road he has traveled it is obvious to see a lifetime of sound/frequency, music, holistic healing and natural health all converging to create the incredible breakthroughs, therapies and products that help so many people and pets. We cannot even begin to imagine what the future holds for our founder and we are glad that he was given this calling and the passion to put in all the years of devotion and dedication to create the company we all know today. A company that continues to make scientific advancements, every year, in both natural/ holistic therapies and technology.

None of the information provided on this site has been evaluated by the FDA. Consequently, no information provided here can be assumed to be other than information provided for your contemplation and is only to be regarded as ongoing research and inquiry into alternative approaches to health. Any ideas presented here are based on our personal experiences and independent research. Nothing written or disclosed is intended to diagnose or treat any medical disease. Patients are always urged to consult directly with their primary care provider or other health professional(s), and come to their own conclusions only after seeking the qualified advice of such competent medical professionals. Anthony Malchiodi and Newlife Holistic is not your doctor or hospital. This web site is not designed to, and should not be construed to provide medical advice, professional diagnosis, opinion or treatment to you or any other individual, and is not intended as a substitute for medical or professional care and treatment. Always consult a health professional before trying out new therapies or changing your diet.